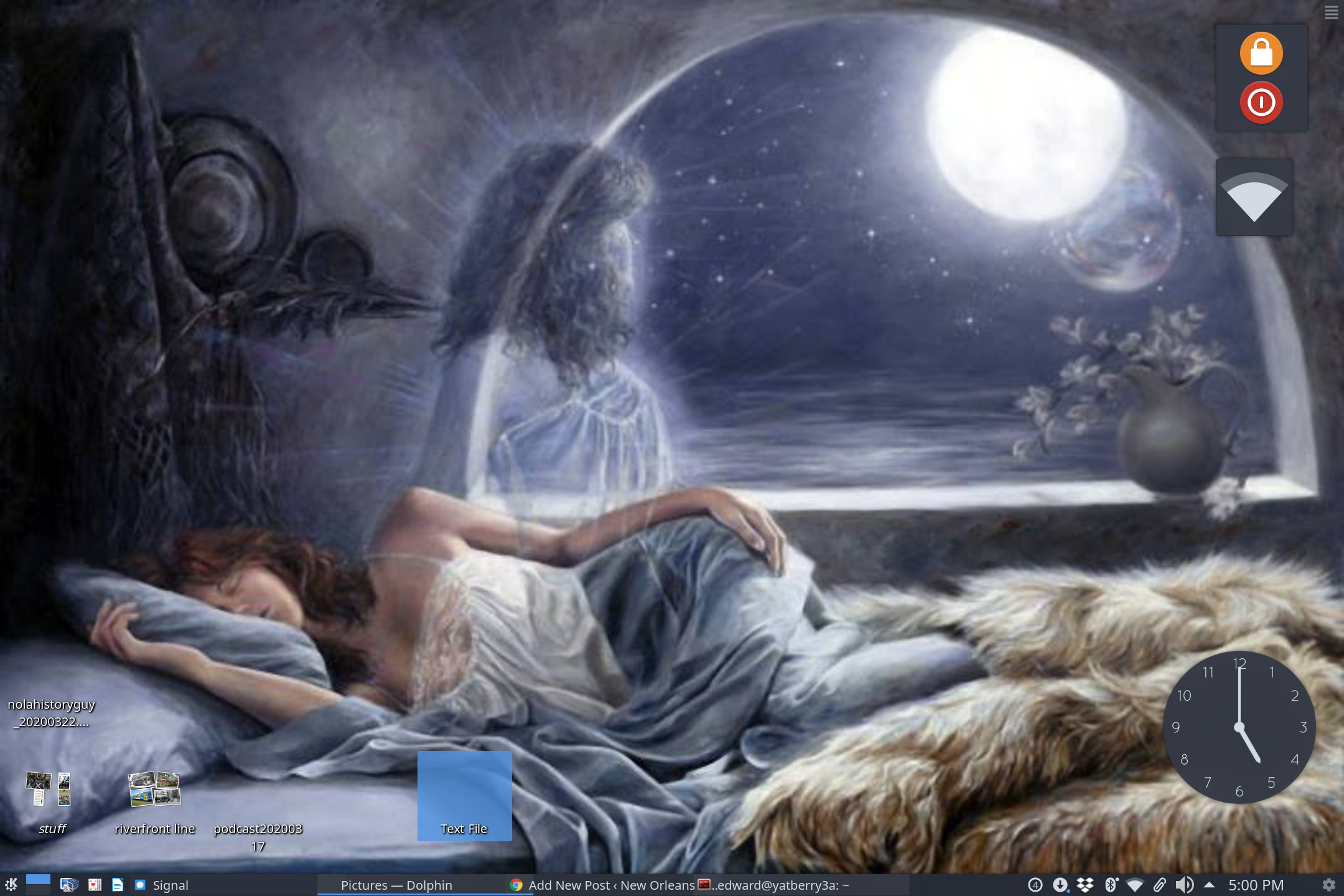 #ShowYourLinuxDesktop 20200404 – things picking up on the Linux homefront I haven’t documented what I’ve been doing on the workstations and laptop lately. While the website idles, the work continues. Here’s the current desktop for stybba, my Acer 2-in-1 notebook. I bought it to function both as a tablet and a notebook, but I rarely use it as the former. The default desktop for Ubuntu, GNOME2, lived on the system for a while. While that was fine for the coffee shop and such, I had a concern when teaching. A lot of the images I enjoy for wallpaper are whimsical. So, they’re not “un-professional,” as such, but I feel like I want something more neutral. Remind me to tell you stories of when I regularly put Arsenal FC wallpaper up on a classroom projector. I remembered that KDE offered the option of different wallpapers on different monitors. I went ahead and installed KDE Plasma to get that feature. Now, my main monitor sports this beautiful dream/OOBE sequence and the USB monitor a badass space trooper. A projection monitor displays a Dragon capsule from SpaceX, docked at the ISS. I’m happy with the config.

Other things going on I’ve mentioned a couple of those things in passing here. KDE Plasma lives here now. KDE opens up a new world for Linux exploration. It presents options for widgets and applications that are fun to explore.

Additionally, I bought a USB3 monitor! I held lust in my heart for these things for years. They were plug-n-play for Windows, but manufacturers lagged on Linux drivers. That’s come around now. The external monitor gives me the ability to put up documents on it while working on lab hardware on the main monitor. The coffee shop presents a challenge for using it at the smaller outside tables, but the inside booths give me enough room.

As we flatten the curve, Raspberry Pi lured me back. seashell software web servers underwent some change this past week. More on that later.