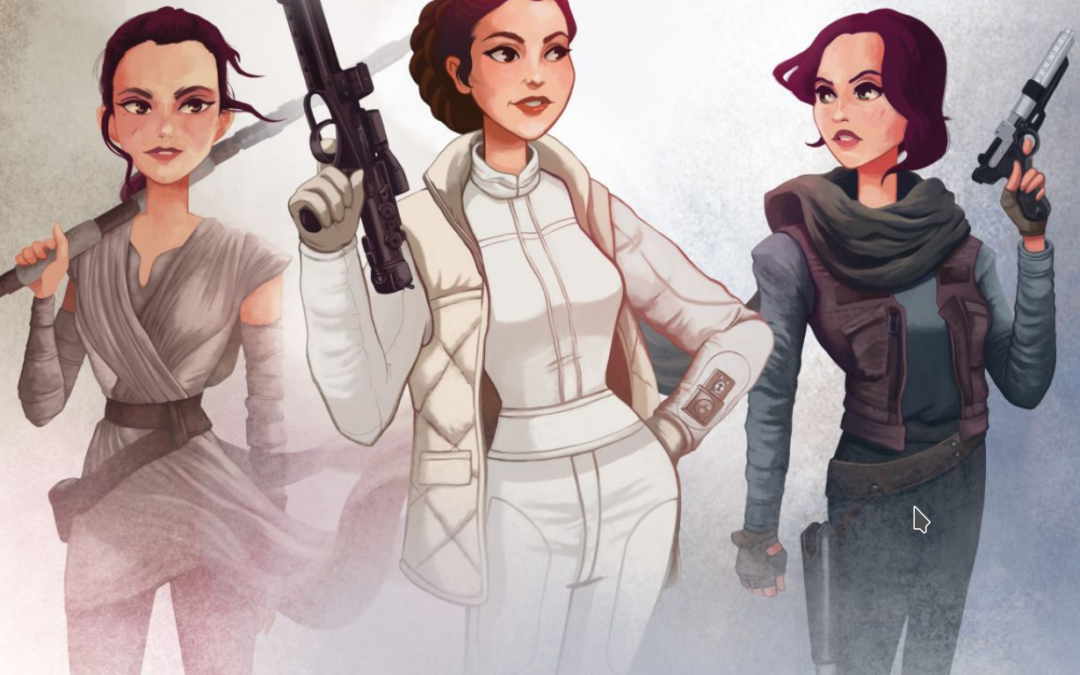 May the Fourth Be With You! While I’ve been more interested in various Star Trek wallpapers, that takes a break today. In 1977, I went to the Pitt Theater, on Elysian Fields Avenue in New Orleans’ Gentilly neighborhood, and watched Star Wars three times in a row, on “Dollar Day.”

Naturally, Star Wars has evolved so much since then. My LT Firstborn’s first iPod (he’s now 31yo) was loaded up with movie soundtracks, and John Williams dominated. He has a great Obi-Wan story he likes to tell about Academic Games from when he was a senior in high school. Watching the films with LT Firstborn and his brother (who is now 25yo) has been one of the best treats of living! They discuss, break down, and argue, like you would expect from two kids who grew up with Star Wars. The loss of Carrie Fisher devastated so many of us. It hit home with not only those of us who are close to her in age, but all across the fandom spectrum. From Princess to General, Leia is so much to so many. That’s why my May-the-Fourth wallpaper shows some of the Star Wars Women. It’s really changed the culture and the feel of the franchise, from the days when Episode 4 was basically just a cowboy movie. Shout out to LT Firstborn (who is underwater somewhere, as a senior officer on a 688 fast-attack submarine). The other thing that filled up that old iPod of his was the soundtracks of the “Lord of the Rings” movies. I came across an artist who did microbrew beer art for places in Middle Earth. I’ve always loved “The Prancing Pony.” It’s the tavern that so many AD&D adventures begin in. Well, until the Nazgul show up, that is. So, the fantasy side harkens back to Bree, and the SF is the Force. For the Fourth.

More on the server changes in another post this week…