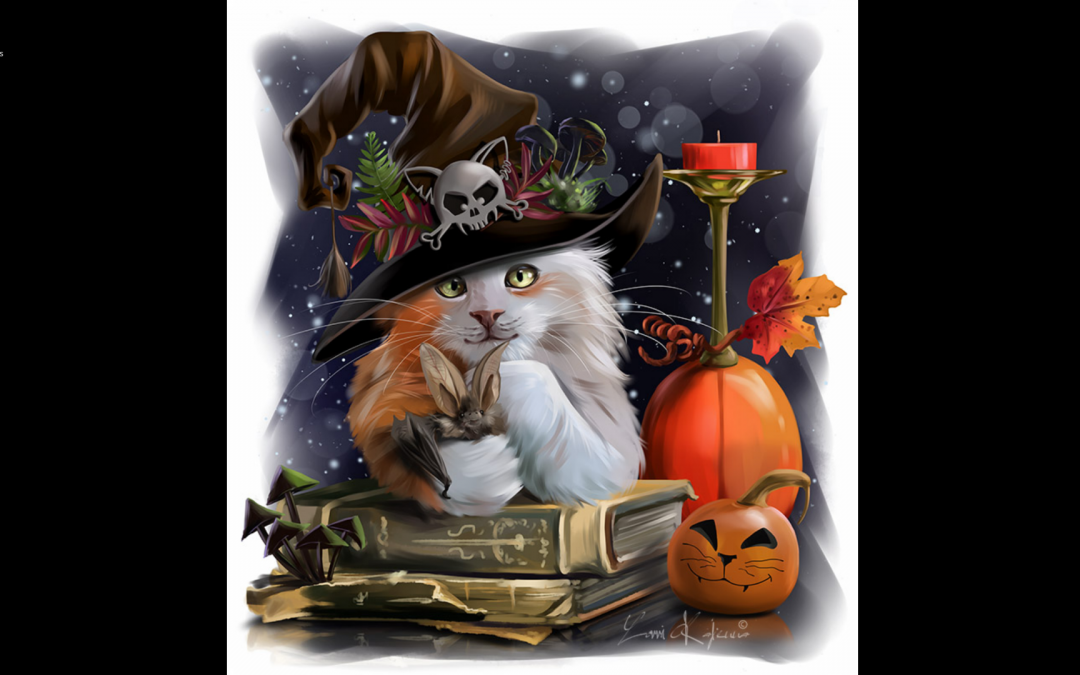 KDE Plasma offers separate configuration of desktops. I like having multiple images up. While I usually put up a science fiction-themed image and a fantasy image, sometimes I go with two SF or fantasy. That’s Samhain this year, more of a fantasy focus.

Another factor in wallpaper selection is my training schedule. While most people point to the pandemic as to why they’re at home, I’ve been teaching virtually for some time. I use WebEx for my virtual classroom. WebEx requires Windows to be a “presenter” or “host.” So, I run classes for Hitachi Vantara in a Windows virtual machine. While the main motivation is to separate training from my other projects, it also means I have a third desktop. So, that’s where the space and sci-fi often appear. For real spacecraft, students often see a Dragon capsule from SpaceX, or perhaps a Soyuz at the ISS. Science Fiction in Windows stays mainstream, usually a Star Trek scene. So many good “glamour shots” of the USS Enterprise!

This sort of thing isn’t new for me. Even when doing Instructor-Led Training, ILT, those Star Trek shots projected up on a screen. At worst, someone walking into a classroom or down the hall would shake their heads and say, “geek.” So, with KDE, the projector becomes a third monitor. That means a third desktop. The left-side monitor displays an image from Jessica Dueck. Her website, “Stars Cold Night,” and her Facebook page feature a number of her illustrations, which are for sale/license. This one speaks to me. It has the teleportation/trans-dimensional vibe we’ve seen in “Stargate” and other fiction.

The clock is just a basic KDE analog clock widget. The right-hand image features an orange-and-white kitty, wearing a fanciful witch’s hat. The hat has a Potteresque, “sorting hat” vibe, with some added decorations. Kitty holds a small bat, who doesn’t seem concerned overly much. Like any wary cat-friend, though, the bat knows he may need to wiggle fast and fly to safety! I found this image on the “Fantasy Art Addiction” group on Facebook. The artist wasn’t labeled, but they did sign the image, bottom right. Now, if I could just decipher the handwriting! If you know this artist, let me know, I’ll edit this accordingly.